"With the push forward “training” from his father Hans-Ole Vitus, Alexander acts more like a man in his late thirties with a heap of mileage behind. This means only one thing. Watch out for this man’s future output via his Alluxity brand!" - Matej Isak

If you take a deep dive into the history of high fidelity amplifiers you’ll notice a common characteristic: they tended to be big and bulky. This is not necessarily a bad thing. They oozed charm and charisma and had a sturdy feel that’s hard to come by today. The craftmanship that went into these amplifiers was astonishing.

Unfortunately, however, at Alluxity we feel that on average the industry has shied away from craftsmanship. Products have been through industrialization, compromising build quality while adding a huge mark-up in the process.

We believe we need to get hi-fi into the home and introduce the next generation to the world of high quality sound. We need uncomplicated products that take advantage of minimalism with a simple, modern design and strong, straight lines. Products that are intuitive to use and support modern streaming but don’t give up the feel and sound of true hi-fi playback. They should be small enough to fit on a shelf, look good in the home, and be solid enough to appeal to the most discerning user. They must fit into the lifestyle of the user, not take it over. If we can succeed, we will help bring the world of high-performance sound reproduction into the lives of the new and younger generations.

People learn by experience and by experiencing high-quality audio, anyone can learn the difference between average sound and good sound. Whether they know it or not, everyone can hear the difference between good and bad audio but most have never experienced true hi-fi. They may not even notice at first. But we believe that once a person gets used to high-quality sound, it’s impossible to go back. If we can give them the best sound they’ve ever heard, they’ll want to hear it as much as possible and educate themselves (and others) in the process.

This is how we make hi-fi desirable. People are listening to music more than ever and if we can expose them to good sound they’re going to want to hear good sound forever. 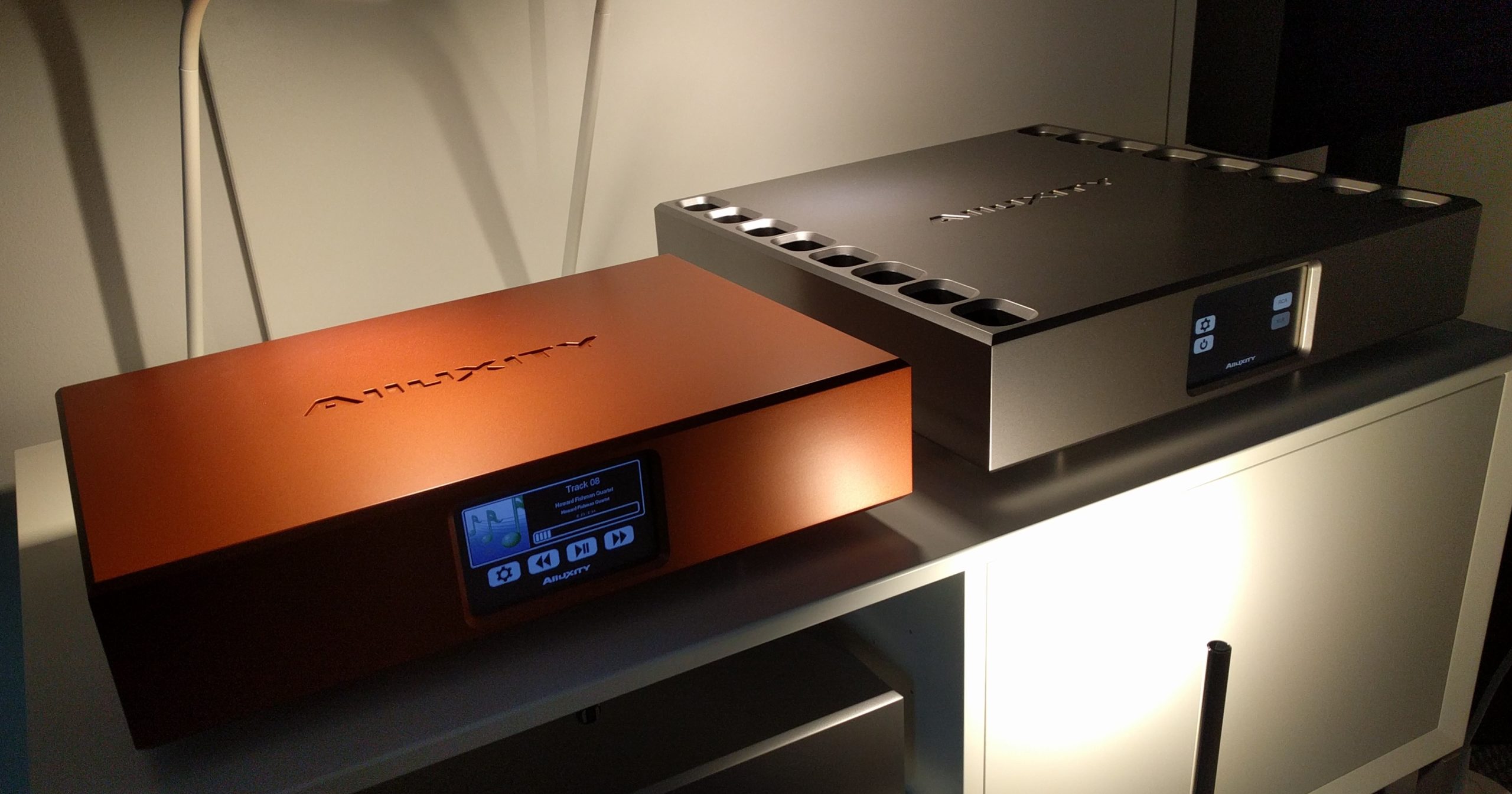 The Alluxity product line is a culmination of Alexander being raised with both music & musicians in an Audiophile environment, as well as working for many years in the high-end enviroment of the family business (Vitus Audio). Initially the musician part of Alexander was the dominating force in his life, but as listening to reproduced music grew , Alexanders curiosity and interest in optimizing performance become his life force.

For 5 years Alexander worked in the family business. There he learned about electronic manufacturing & design, using SolidWorks, Altium Designer etc but more importantly also learning about the relationship between different aspects of application’s & design ( cause & effect ) and making optimal choices with this in mind.

As Alexander got older he wanted to go his own way. This resulted in him starting his own company (AVM-TEC) His business initially focused mainly on the creation & design of solutions utilizing Surface Mounted Technology. To keep up with increasing demand on his designs & circuits, an investment in far more sophisticated & specialist SMT equipment was required to realize Alexanders ambitions. A by product of this investment was that Alexander could at last realize his idea’s, dreams and ambitions.

With clean lines and a 5 inch touch display, the Alluxity units look like little else in the High-end world. The one-piece chassis gives the product a quality look; the user interface enhances usability and enables status feedback to the user in an easy to read manner.

All chassis are milled out of one solid block of aluminium. During the design phase, complete separation of channels, power/control and signal parts of the products was carefully considered to make sure noise reduction and musical performance were further enhanced beyond the electronic design.

The electronics inside the amplifiers combine some of the best leaded components available on the market today with high quality SMD components – completing the amplifiers essence of profund power and amazing quality.

Alluxity Pre One and Power One – Sound Rebel Review

To find out more about Alluxity, visit their website here – https://www.alluxity.dk/ 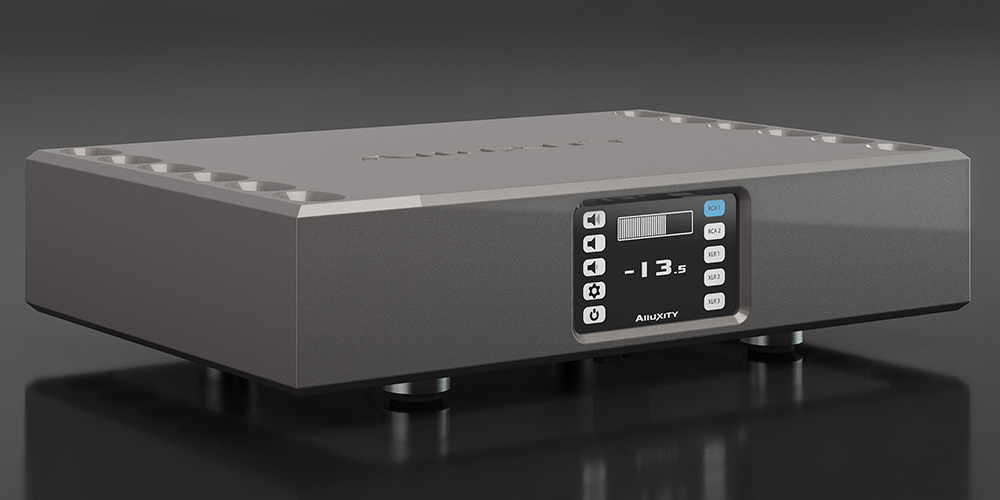 The Int One is built upon the same topology as the Pre and Power, with fully discrete balanced modules and zero global feedback, assembled with building blocks that make future upgrades or replacements affordable and easy to do.

Built like all Alluxity products the Integrated amplifier’s chassis is milled out of one piece of aluminium and finished in either satin white or black (Titanium Orange and Titanium Grey are also now available on request), with a luxurious powder coat finish.

Featuring 200W in to 8 ohms ( nearly doubling in to both 4 and 2ohm ) and equipped with a total of 5 inputs, 3 Unbalanced and 2 balanced, the Int One is a truly flexible taste of pure high end performance.

If more power or poise is required the Int One also features a pre-out facility.

The volume is adjustable from -66dB to +6dB. 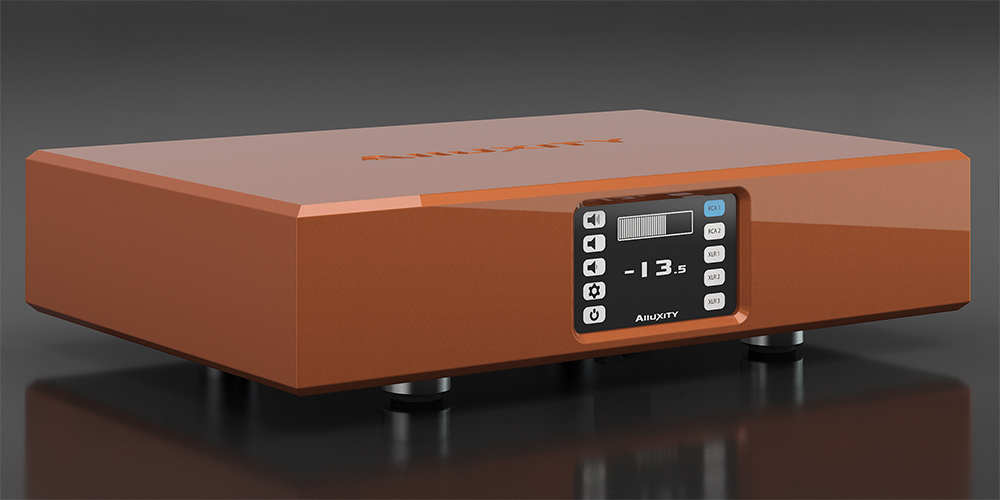 With its modular architecture, two optimised gain stages per channel and a transparent relay attenuator for volume control, the performance of the Pre One is amongst the best in the world. The module’s topologies are balanced, with zero global feedback. This prevents even minor phase errors and ensures low noise levels.

As the modules are easy to replace, potential future upgrades will be extremely cost-effective compared to a new preamplifier.

There are a choice of XLR and RCA outputs and also a dedicated bypass output. The volume is adjustable from -66dB to +6dB. 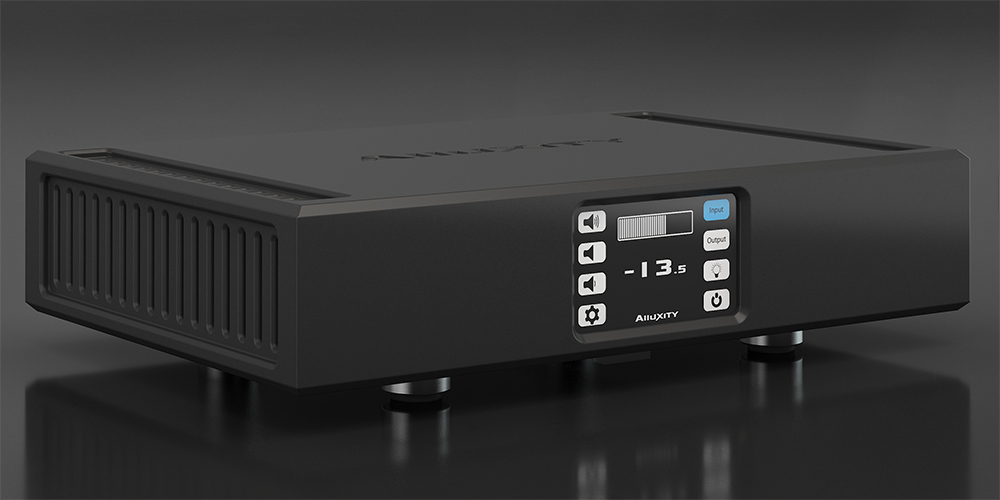 Thoroughly modern audio – The Pre Two is a fully balanced, module based preamplifier with a built in DAC and Streaming capabilities. It features a variety of digital and analog inputs which are all easily managed through the built in 5-inch touch screen.
The chassis is milled of one piece of aluminum and is designed for maximum airflow to help keep the amplifier cool in almost any type of situation.

The Pre Two can be as sophisticated or as simple as you like. It can act as a traditional preamp for control by a convenient Apple remote, or be used with the mconnect app for phone or tablet control, allowing music from NAS or streaming services such as Tidal and Qobuz. The analog and digital input options give unusually complete functionality, and it’s hard to think of a situation that couldn’t be handled. 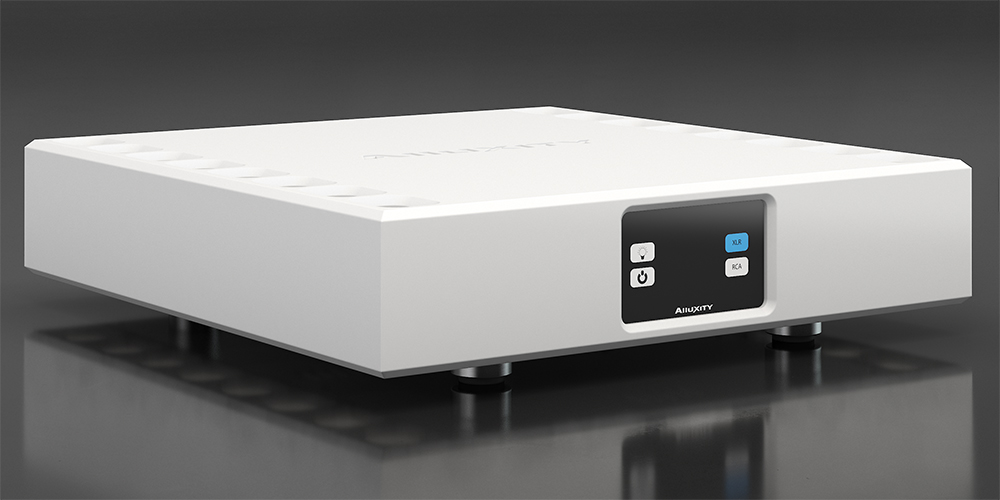 Despite its relatively small size, the Power One is a very powerful amplifier and it will drive virtually all loudspeakers to high levels even in large listening rooms.

Minimum output is 200Wpc (RMS) into 8 ohm loads, virtually doubling into 4 and 2 ohms.

It features 2 inputs, one for RCA and one for XLR 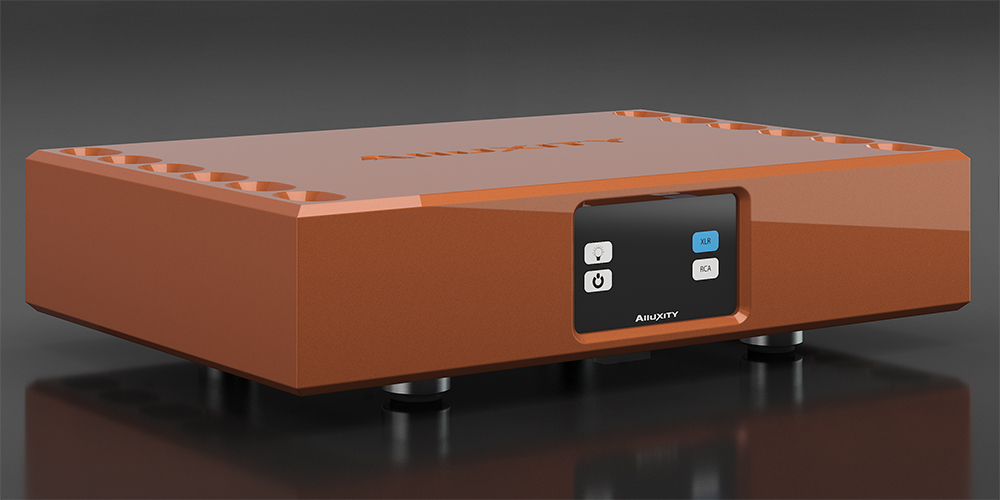 The Power Two is build upon the same topol­ogy as the Int One. It’s a 200W class A/B fully balanced stereo amplifier that delivers enough power and current to control almost every speaker thrown at it.

The size and heat dissipation makes it capable of fitting into almost every sort of living room environment thus helping to bring both extra aesthetics and musicality into the home.

Being smaller than the Power One does, however, not mean that it has a smaller sound. Every aspect of it’s tonality bring out a soothing but clear and strong performance that helps you engulf yourself in the music. 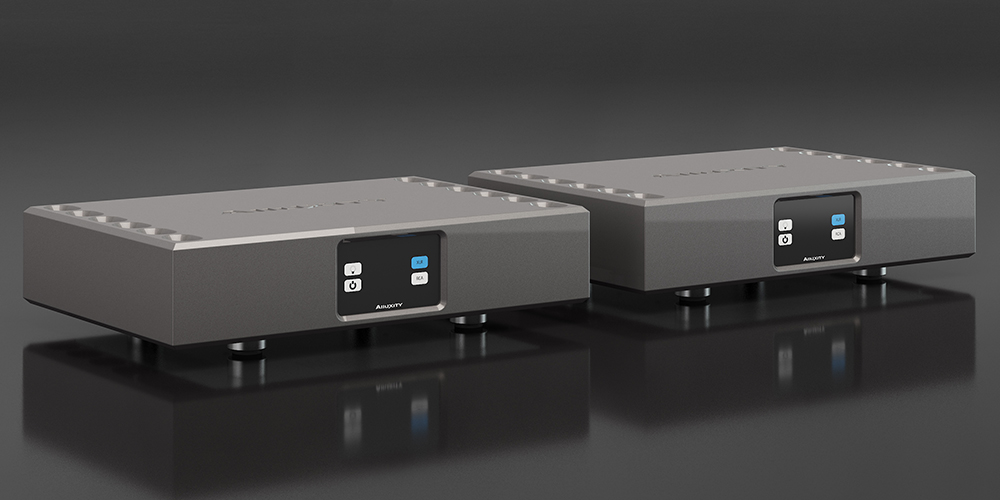 If you ask yourself the question: “What do I value highest in a High-end setup? ”.
Is it the high pitches? Middle- or bottomrange? The Vocals, string instruments or percussion?

The Mono One’s has been designed to fulfill every pleasant aspect of the musical playback. Controlling the lows enriched with details throughout the mid- and upper range, ensuring a harmonized storytelling on a level amongst the best in the business.

Dynamics, speed and every aspect of shift in volume is handled with upmost precision without compromising the natural flow of the music.

"Its sound is unimpeachable, its build quality beyond superb, and it is a strikingly good-looking component. If those criteria appeal to you, you would be remiss not to consider it very seriously. Highly recommended."
ENJOY THE MUSIC.COM