TO REVIVE THE SOUL OF MUSIC

All music is a work of art, a legacy of humanity. And even the souls of musicians who are no longer with us are indeed recorded in their masters. If there is no audio device to revive the soul, it will be lost forever. That must be avoided at all costs.

Soulnote believes in keeping the dynamic performance of the original waveform as the most important for music playback, which is, however, still unmeasurable by any of the conventional methods.

At Soulnote, only listening dominates the determination and improvement of a circuit, selection of parts and mechanical construction. This approach is a kind of antithesis against the supremacy of static performance.
Kato made a hypothesis about a counter-concept which he called dynamic performance. The adoption of the NOS (non-oversampling) mode for PCM playback in digital-to-analogue conversion as well as a non-NFB (without negative feedback) circuit in amplifiers come from this hypothesis. Indeed these worsen the measurement results in static performance, but a remarkable improvement can be recognised in a dynamic one.

A single push-pull output stage with 4-stage Darlington can-type transistors. We decided that single-end and single push-pull output was indispensable in creating an emotional musical experience, thus eliminating the “blurring in the microscopic time domain” so often symbolised by improvements in sound quality through high-end clocks. Nevertheless, we still had to overcome the relatively low levels of current provided by the typical single push-pull configurations. As a result, in the M-3 we introduced industrial grade can-type output transistors with a relatively small Cob and large current flow.

“"The turning point came when I was appointed as Chief Engineer of SOULNOTE in 2016. I was entrusted with everything from product planning, electrical design, structural design, sound quality management, and promotion, all in one place. At that time, Nakazawa had only one thing to say to me. Make SOULNOTE the best audio brand in the world."
- CHIEF DESIGNER KATO
Overview
SERIES 1
SERIES 2
Series 3
Overview 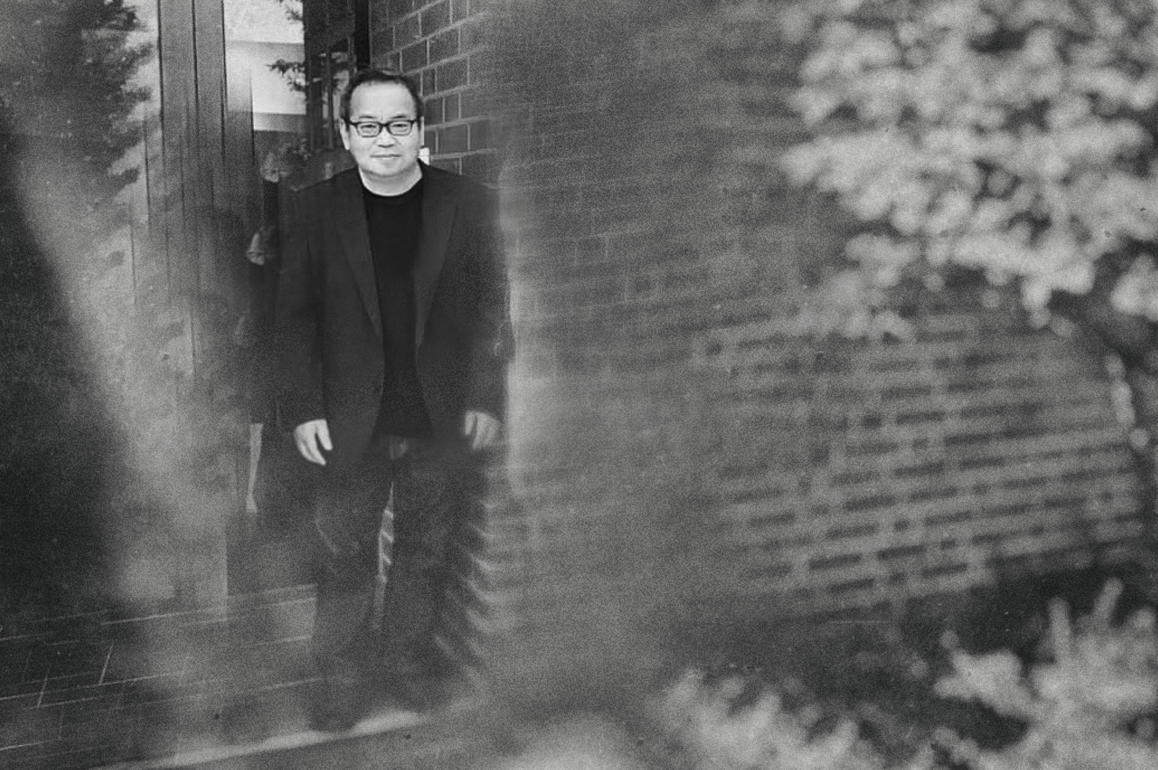 SOULNOTE is a high-end home audio brand by CSR, Inc. headquartered in Kanagawa, Japan. CSR was founded in 2004 by the former members of Marantz Japan. It now has around 50 employees.

Hideki Kato has been the Chief Sound Manager since 2016. He has had a long professional career since the late eighties, being deeply involved in the development of the legendary A-10 amplifiers by NEC as well as the LHH series by Philips – whilst keeping himself behind the scenes.

After graduating from the graduate school of Tottori University, Kato joined NEC in 1989, where he worked in the Audio Engineering Department.

With and after NEC’s withdrawal from the audio business, he was transferred to Nippon Marantz. There, he was in charge of the development of non-feedback power amplifiers for professional use and the PHILIPS LHH series.

In 2005, Nakazawa called Kato was invited to join CSR, where he was in charge of SOULNOTE design. The turning point came when he was appointed as Chief Engineer of SOULNOTE in 2016.

He was entrusted with everything from product planning, electrical design, structural design, sound quality management, and promotion, all in one place. At that time, there was one overarching aim…Make SOULNOTE the best audio brand in the world.

“Well, “number one in the world” was boss Nakazawa’s favourite phrase, and while it may seem like a wild idea, I had an idea how to make it happen. We would properly explain the reasons for the discrepancy between specifications and sound quality, which is the biggest mystery in the audio world, achieve unprecedented sound quality using methods that other manufacturers would not (or could not) use, and present it to the world. If we could do that, I really thought we could turn the world’s perception of value upside down. I understood the reason for the discrepancy between specs and sound quality, and that is the basis of SOULNOTE’s current design philosophy. And now I have the environment to make it happen.”

To find out more about Soulnote, visit their website here – https://soulnote.link/

Building upon the circuit layout of our legendary ph1.0 Phono Equalizer.
An upgraded phono equalizer that pursues the unlimited possibilities of analog recordings.

Every SOULNOTE technique has been lavishly incorporated into the current culmination of our perfectly balanced non-NFB technology.
This integrated amplifier is loaded with a variety of monaural drive and power amplifier modes, like the new BTL/bi-amp setting.

The E-2 supports both conventional MC/MM cartridges and DS Audio photoelectric cartridges through technical collaboration with DigitalStream. This is an all-in-one phono equalizer that enables playback using a full range of phono cartridges. 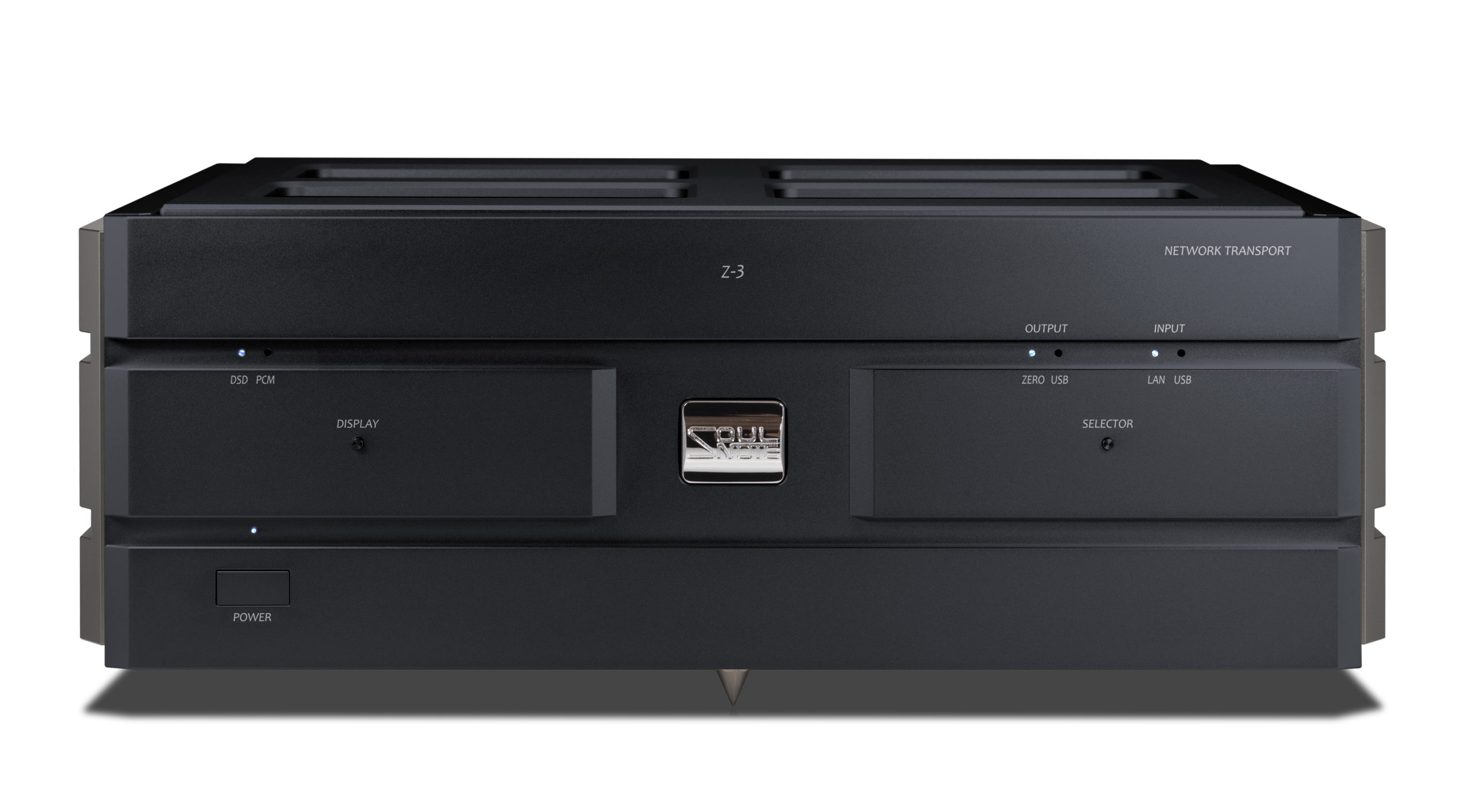 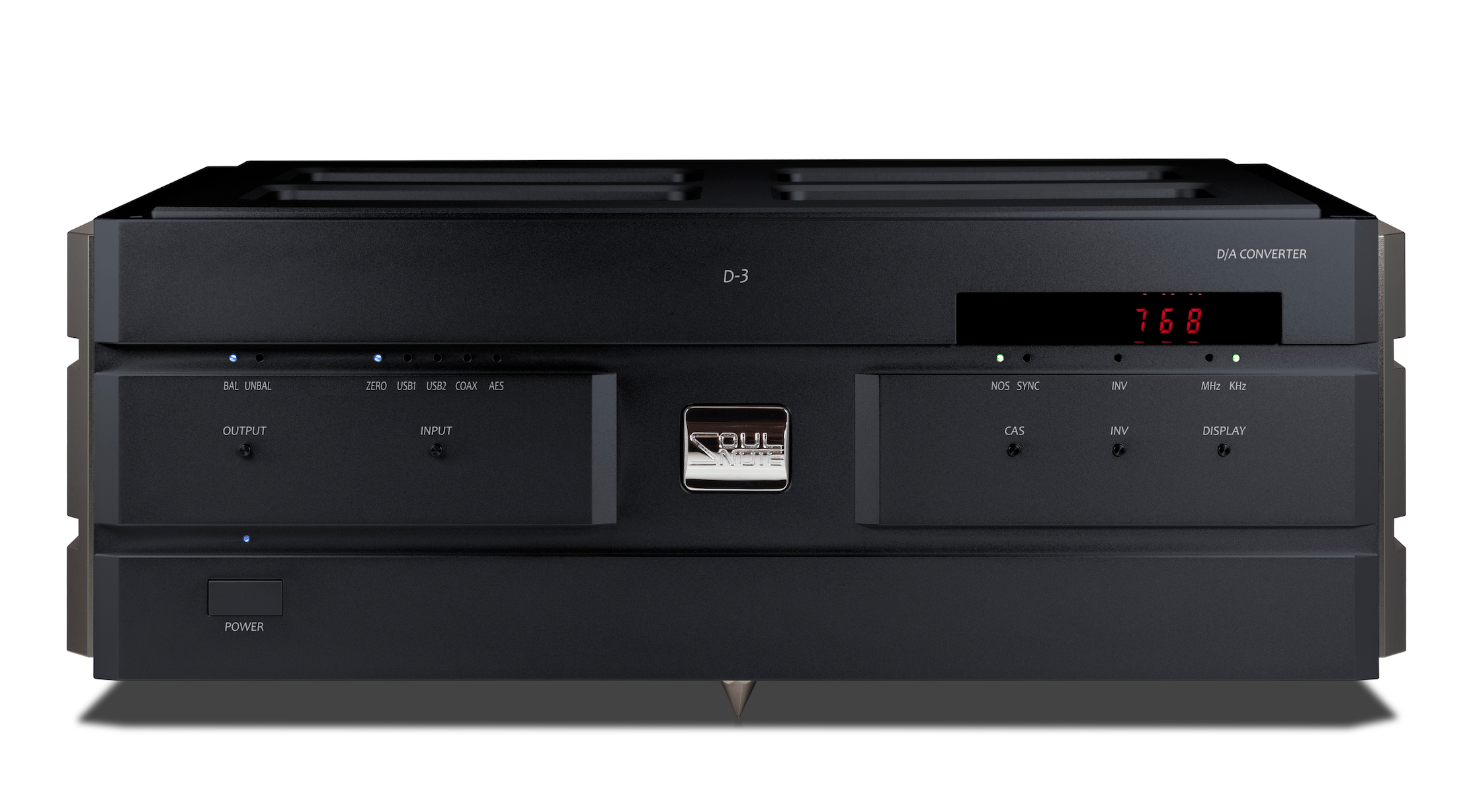 * This unit will not operate unless connected to a 10 MHz external clock generator like the X-3. The X-3 is sold separately. 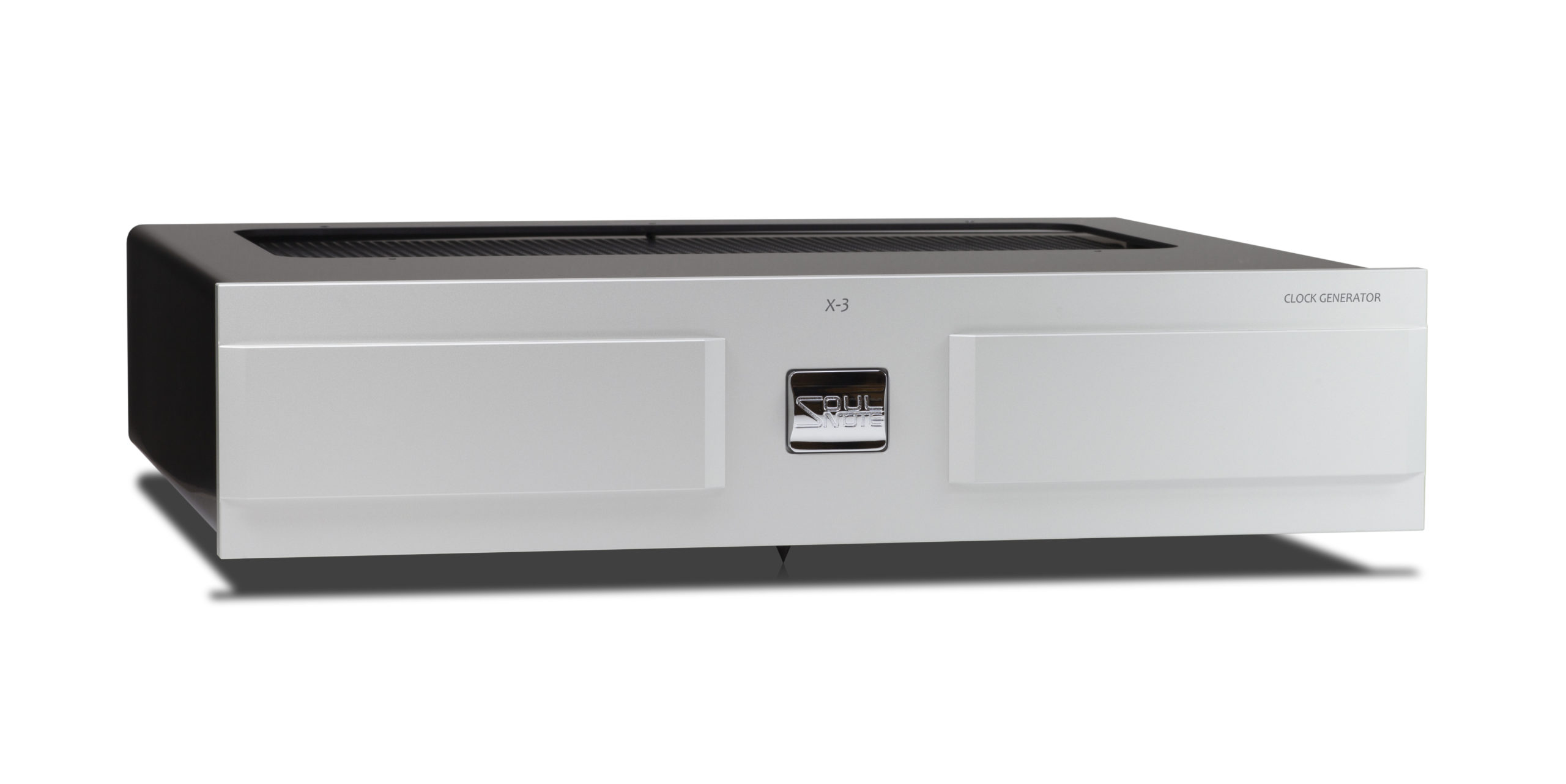 Born out of discovery of World-first designing principle
It’s an incredible breakthrough in designing Clock generator. 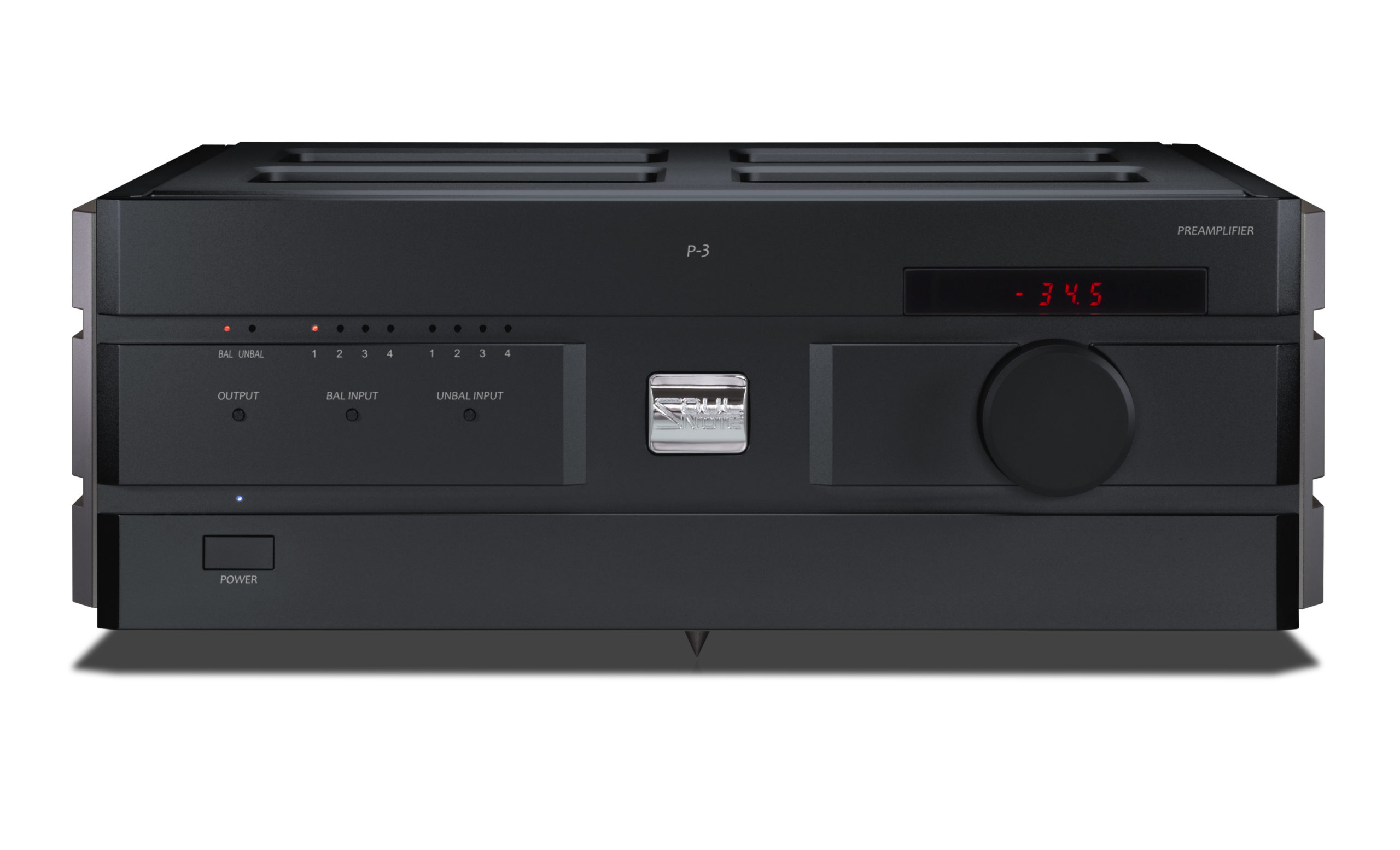 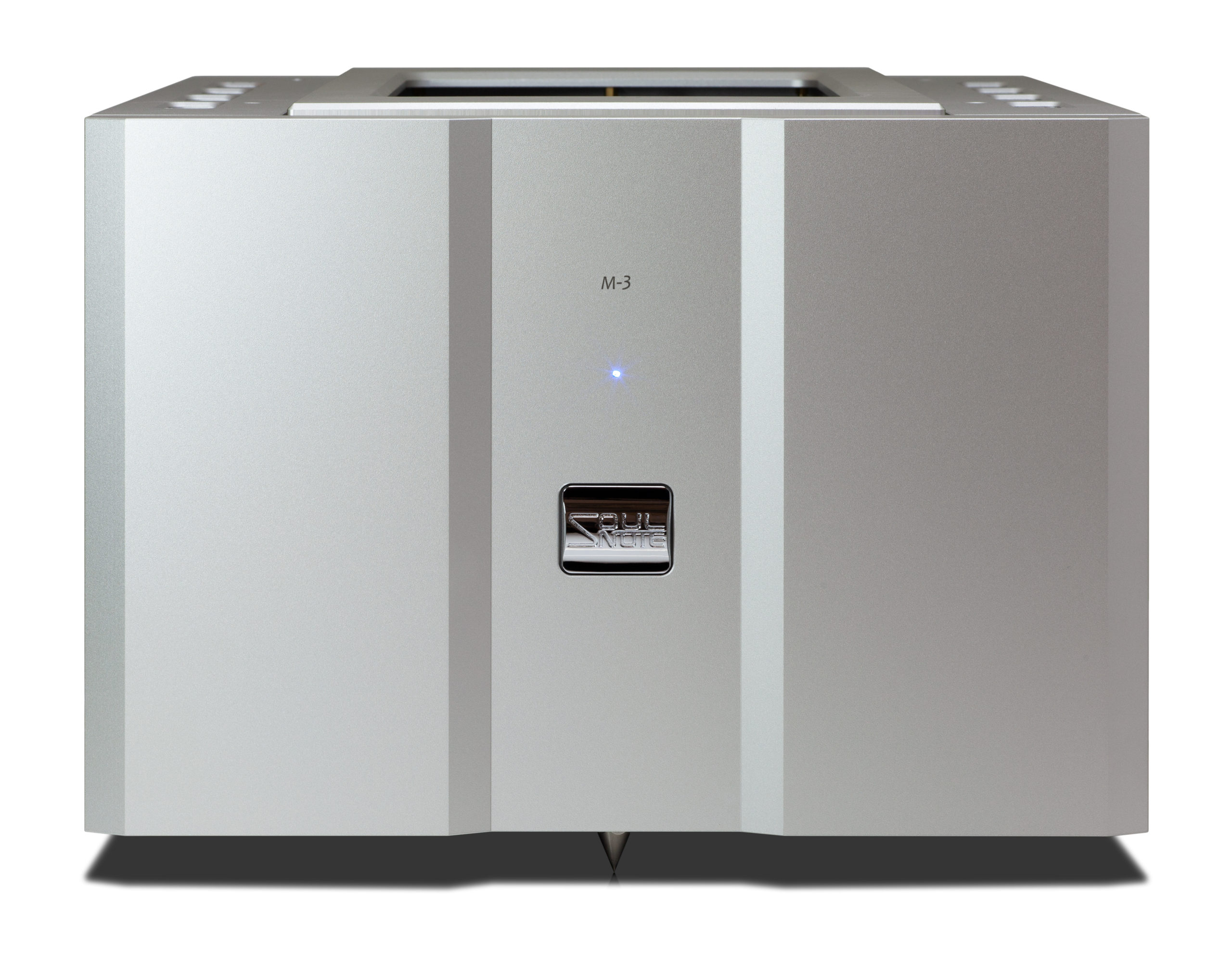 "The P-3 SE sounded like a pure tube preamp. It had all the features of a smooth, fluid, color-rich tube. Its space was excellent, but it did not lead the sound far into the stage, but rather widened and stretched it around me. The dynamics was fantastic and gave the taste of being close to live instruments."
- HIGH FIDELITY MAGAZINE